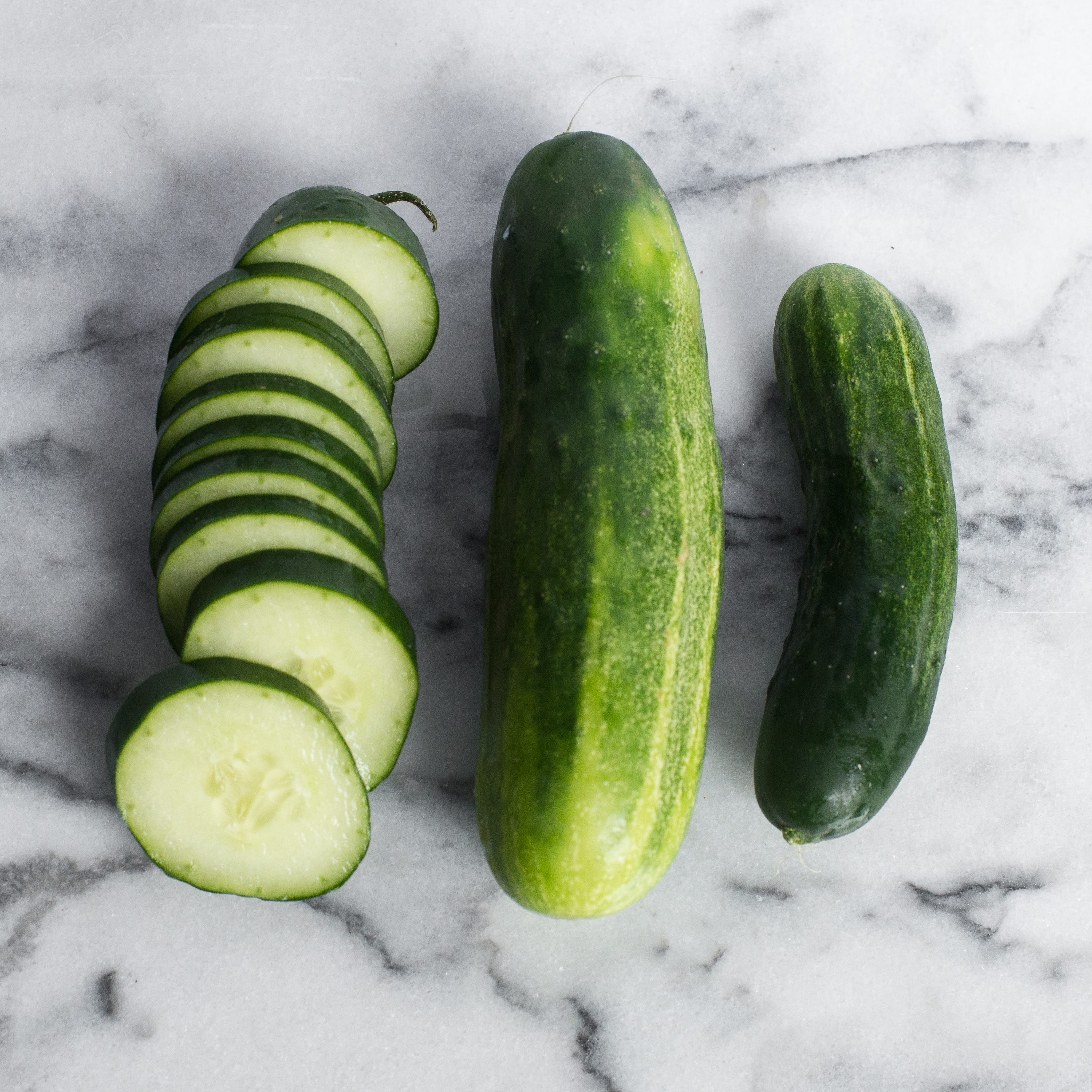 The cucumber is a plant in the gourd family Cucurbitaceae, along with watermelons, zucchini, and squash. The three main varieties of cucumbers are slicing, pickling, and burpless.

Why is it good for my body? Cucumbers are 96% water, which makes them a great food to fight dehydration. They are also loaded with vitamins C, K, and potassium.

Where does it come from? Cucumbers originated more than 3000 years ago in India and there are many varieties. Cucumbers were probably introduced to other parts of Europe by the Greeks or Romans.

What season is it fresh? Cucumbers are a warm season crop so they should not be planted until after any chance of frost. They can be found late spring through summer and are also best harvested before they get too large because of the seeds inside. Luckily, cucumbers are available year round in grocery stores.

How do I store and handle it? Fresh cucumbers, that have never been refrigerated, will keep longer if left out at room temperature. Cucumbers that have already been refrigerated should be individually wrapped in plastic wrap and continue to be stored in the refrigerator.

What are ways to eat it? Cucumbers are great for snacking, alone or with hummus. They are a perfect addition to salads and salsas. One of our favorite cucumber recipes is Doctor Yum's Pineapple Power Salad.