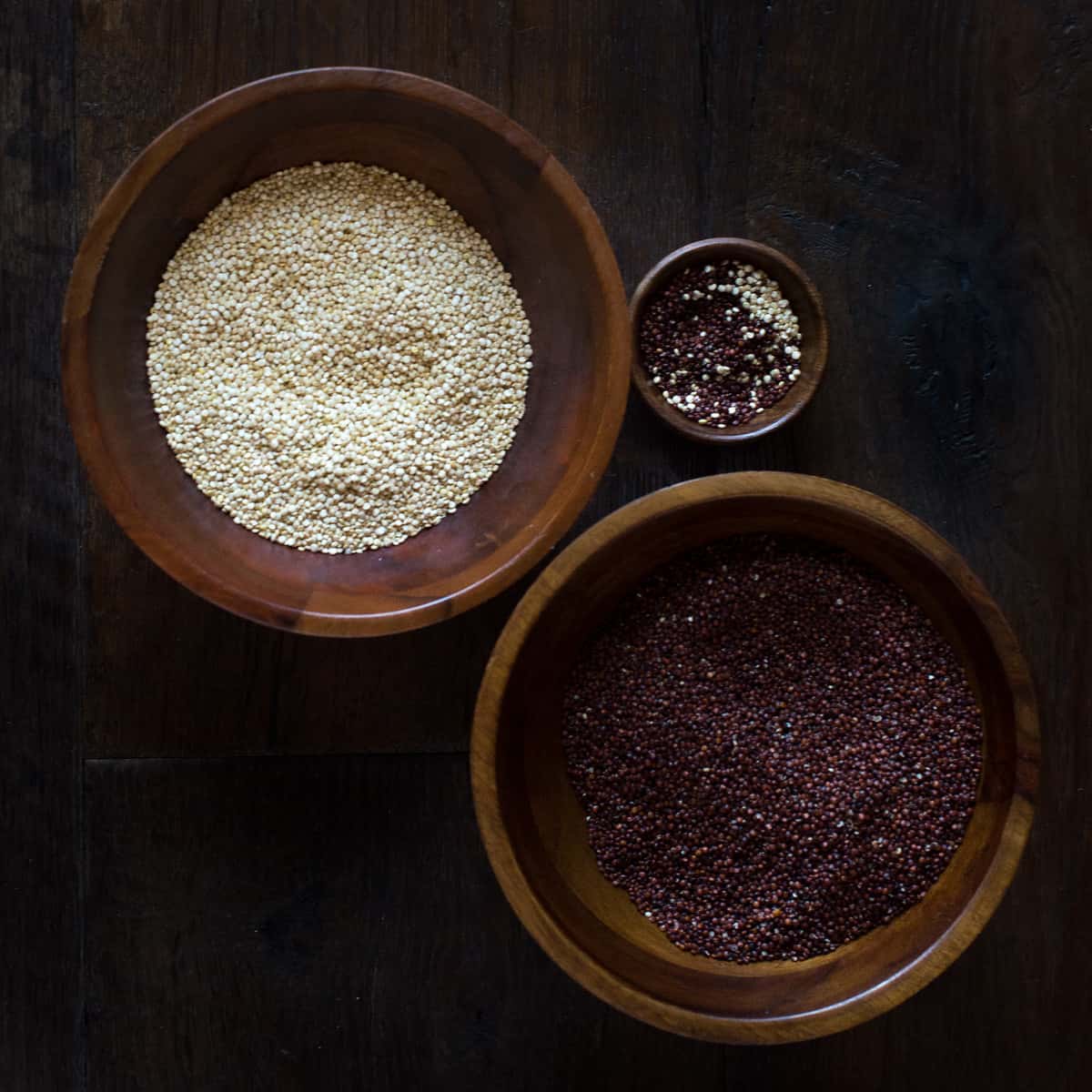 Quinoa is a flowering plant in the amaranth family Amaranthaceae. It is grown primarily for its edible seeds.

Why is it good for my body? Quinoa happens to be one of the most protein rich foods that we can eat! It is a complete protein, containing all nine essential amino acids. It also contains almost twice as much fiber as other grains and is a popular substitute for those who need to eat gluten free grains. Quinoa also contains iron, lysine, vitamin B2, magnesium, and manganese.

Where does it come from? Quinoa is believed to be first used by the Incas over three thousand years ago. Now it is used around the world in a variety of cuisines and culinary applications. It grows in a rainbow of colors like red, black, and white.

What are ways to eat it? In addition to being a healthy grain, quinoa is easy to prepare. It cooks up in just 20 minutes and has a delicious, nutty taste. The white variety tends to cook up a bit more fluffy than the red and black quinoa. It makes a great addition to salads, but can also be used for breakfast instead of oatmeal. Quinoa is also a great addition to Yum Bowls using our Meal Maker Machine!

Found in the International section