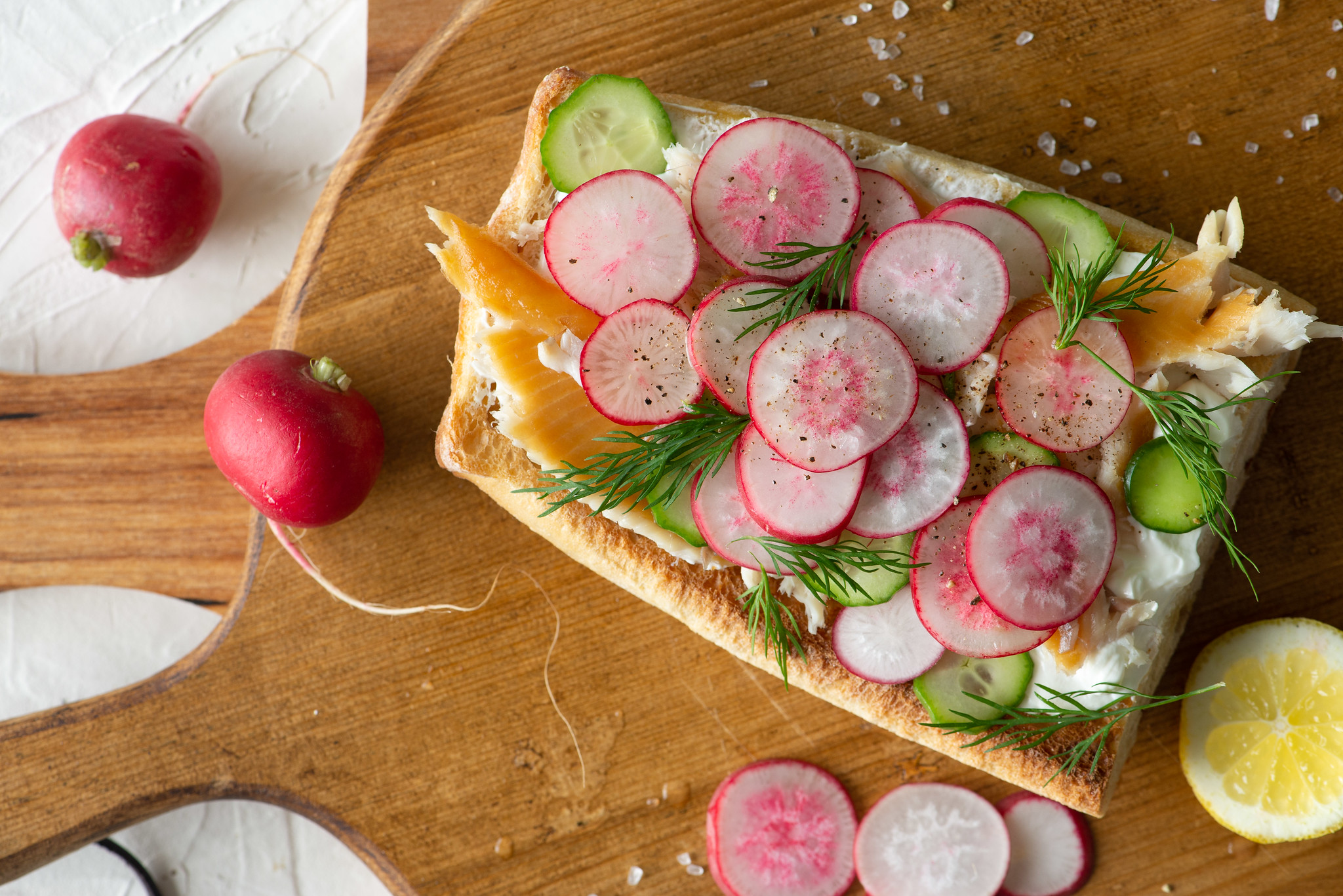 We had a lot of fun developing this recipe in the Yum Kitchen! We initially tried four different versions of the toast with slight variations, but finally settled on a keeper. This is the first recipe on the website that uses smoked fish. You could certainly try it with smoked salmon, but we found that smoked trout was absolutely delicious and much more economical. Try it as a no-cook dinner or lunch or cut it into smaller bites for a fun appetizer. It would make a great addition to a party and you could even make it with crackers instead of toasted bread!

First, strain the yogurt. This will make it thicker and spreadable. To do this, place a fine mesh strainer over a medium size bowl and line with folded paper towel or a clean dish cloth. Spoon yogurt onto the cloth, and let it strain in the refrigerator for 4 hours (this can be done the day before). Once the yogurt has been strained, transfer into a clean dish. When you're ready to assemble the toast, cut bread in half long-ways to create a top half and a bottom half. Drizzle cut sides with olive oil, and place on a baking sheet cut-side up. Toast bread under a broiler on high for about 4 minutes or until golden brown. Watch the toast closely as broilers can vary and the bread can burn quickly. Once bread is toasted, begin assembly. Spread thickened yogurt in an even layer over toast and then follow with smoked trout, radish, cucumber, dill, and pepper. Squeeze lemon wedges over top. Slice into 8 pieces or according to your preference. 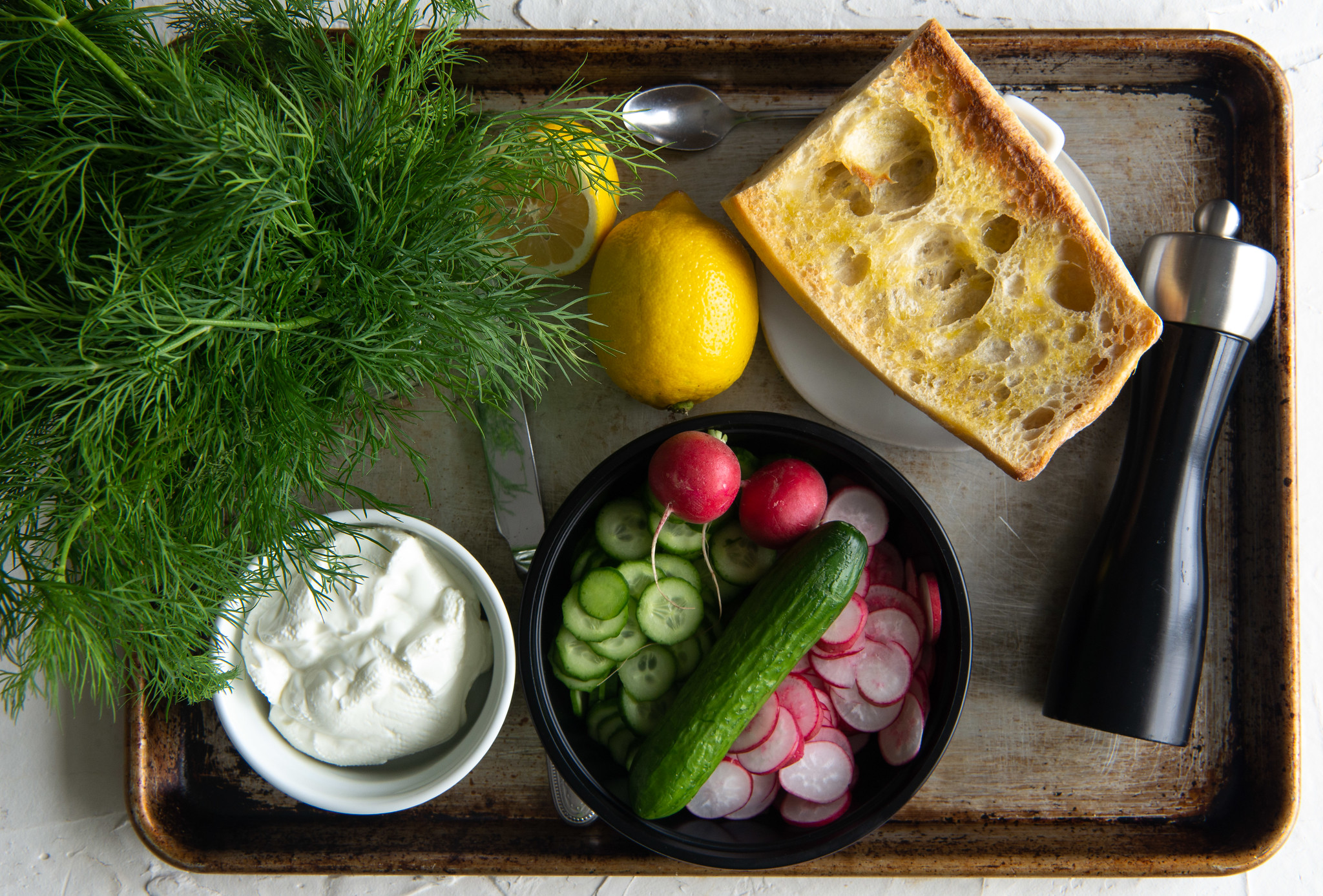 More about cucumbers »
More about radishes »
TRY OUR Meal-o-matic!
https://recipes.doctoryum.org/en/recipes/radish-fish-toast-56099